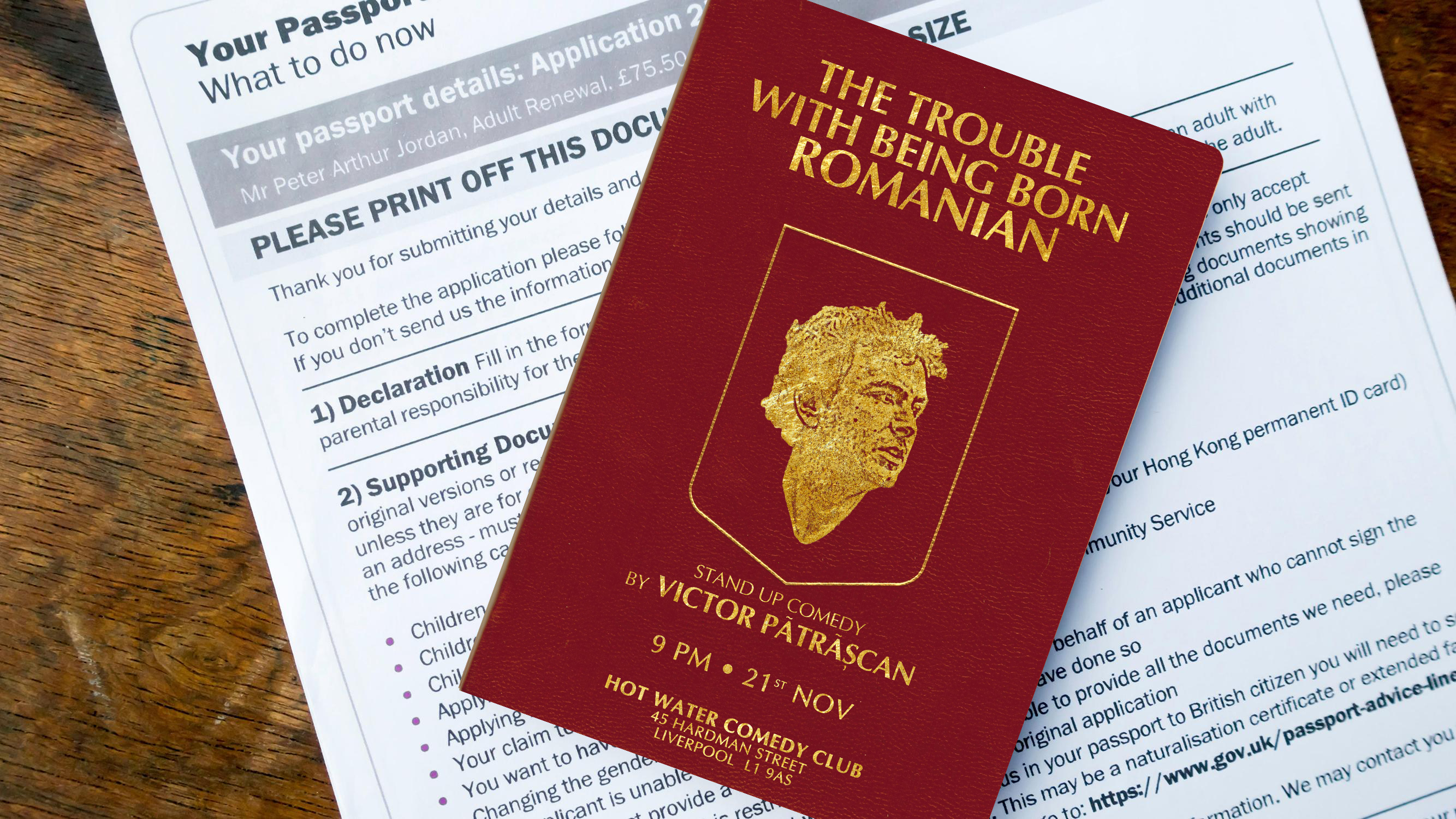 THE SHOW WILL BE PERFORMED IN ENGLISH.

Hello. I am Romanian. Don’t worry. It’s a new concept for me being Romanian because when I was back home I was just a guy. Came over here, became Romanian. Now, when I go back home, I am a traitor.

Romanian comedian Victor Patrascan is bewildered by our society and questions whether it is better to be Romanian or Bulgarian, right or left or just a person.
Come watch a subversive, heartfelt and outrageous comedy show. If you are someone who questions everything about life, religion, politics, death and love, this is the show for you.

Victor Pãtrãşcan is a comedian who lives in London, but who was made in Romania. Victor has performed comedy throughout the UK, Germany, Finland, Ireland and Romania. He has performed solo shows at the Brighton and Edinburgh Fringes since 2017, starting with “More Equal Than Others” in 2017, “The Trouble with Being Born Romanian” in 2018 and “Traitor” in 2019.

In 2018, Victor has been ‘Beat the Frog World Series’ finalist. He has won the coveted ‘King Gong’ at both the Comedy Store London and Manchester. Victor’s currently no.1 in Roast Battle London Premier League.