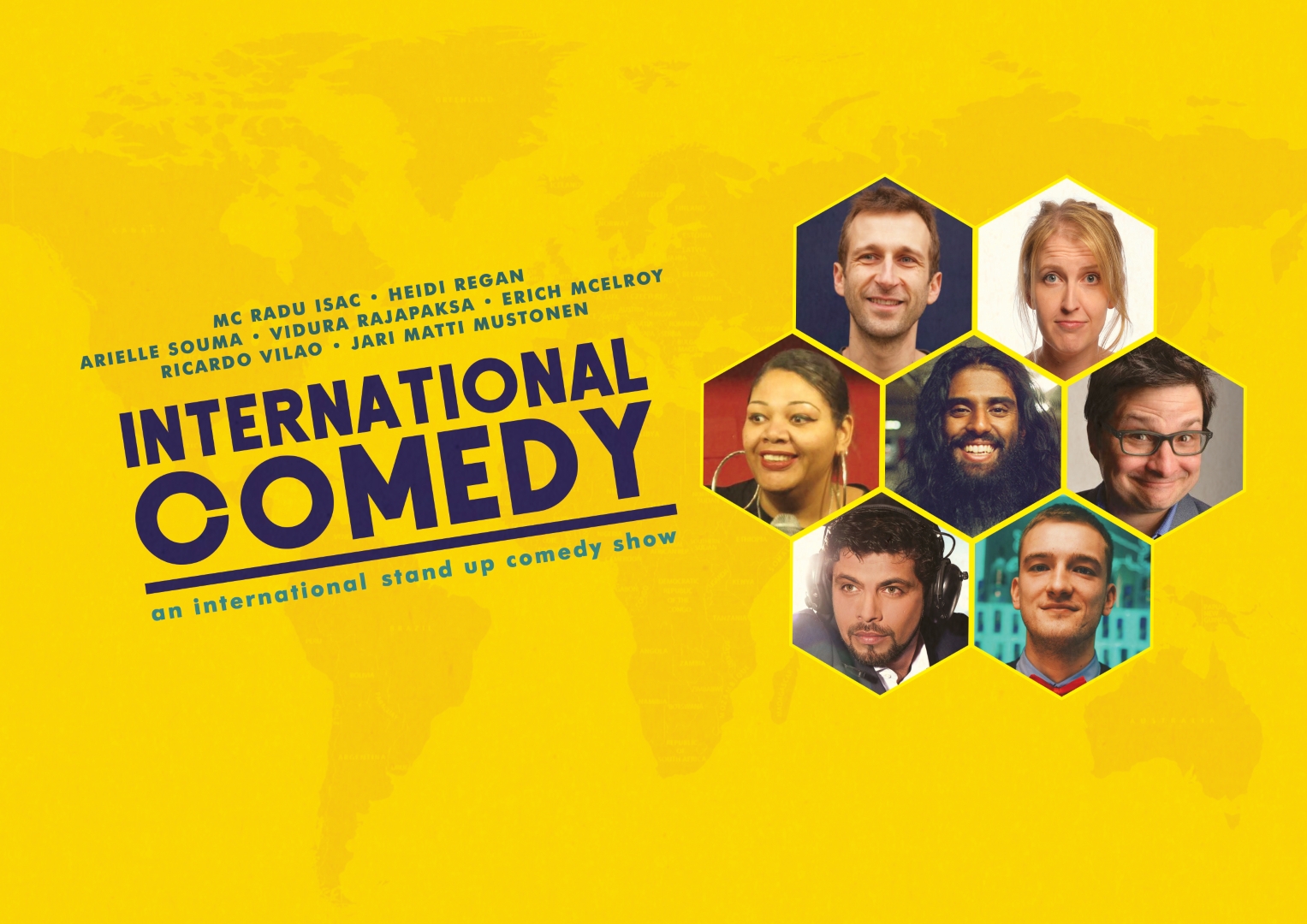 Arielle Souma (France)
“She is just what the comedy industry need; and should be forced upon every audience until they buckle under her spell” – Franky Boyle

Erich McElroy (USA)
As seen on BBC, Sky, ITV
“This is political stand-up at its best.” – BroadwayBaby
“Well worth it, even if you’re not in the least bit political.” – Edinburgh Evening News

Ari Matti Mustonen (Estonia)
Regular on the Melbourne comedy circuit.
Best selling comedian in Estonia.
“Ari is a great stand up! He has an enviable fearlessness. He’s going to go on to make many many people laugh all over the world.” – GLENN WOOL